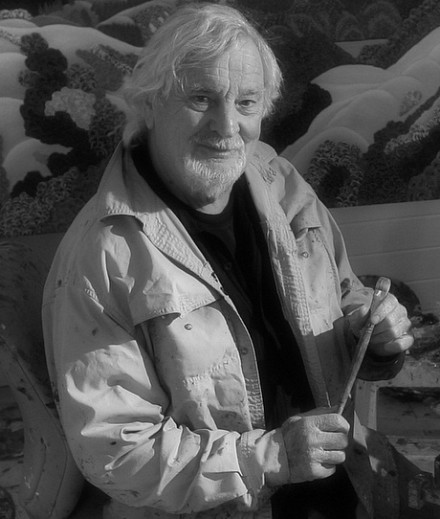 In Memory of Jack Stuppin

We remember nationally renowned artist, Jack Stuppin, who has died aged 89. Our thoughts and prayers are with his family and loved ones.
⁠
As Dan Taylor writes for The Press Democrat: ⁠
"Nationally renowned artist Jack Stuppin created a landscape style so striking — with its bright reds, yellows, greens and oranges — that his fans reported spotting “Stuppin hills” as they drove through Sonoma County.⁠
⁠
“I’ve had hundreds of people tell me they can’t drive through Northern California now without seeing the landscape in a different way,“ the painter said in a 2009 interview with The Press Democrat.⁠

For Jack Stuppin, painting the California landscape has a dual purpose. First and foremost, it is the act of painting itself, the primal drive of every artist to express life through color, shape, line and form. But the paintings also serve as political statements, or maybe a political plea to understand and respect the insistence of nature before we foul it beyond repair.⁠
⁠
Jack Stuppin’s work has been reviewed and written about by such distinguished critics and scholars as Donald Kuspit, Mark Van Proyen, Susan Landauer and others. His paintings have been exhibited regularly in group and solo shows since 1985 in venues on the East and West Coasts, including the San Jose Museum of Art, the Crocker Art Museum in Sacramento, Columbia University in New York, and the de Young Museum/Fine Arts Museums of San Francisco. Jack Stuppin’s paintings are represented in several major public collections including the Butler Institute of Art, the de Young Museum/Fine Arts Museums of San Francisco, the U.S. Department of State Art in Embassies Program, the Oakland Museum, the Luther Burbank Center, the Crocker Art Museum, the Yale University Art Gallery and others.⁠

You can read the full obituaries here: