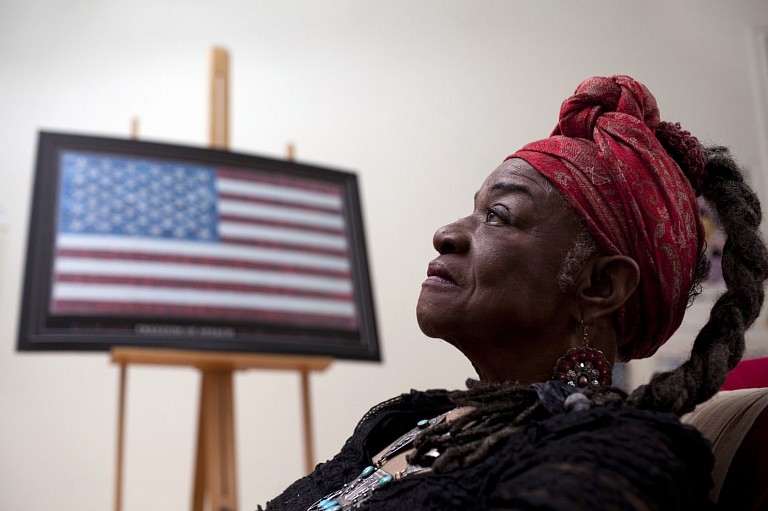 Fifty years after the racial upheaval of the 1960s, Americans often like to say they don’t see color. They pretend not to see it even when it’s right in front of their faces, says artist Faith Ringgold. It’s a worldview she finds delusional, counterintuitive and impossible for artists like herself who traffic in color and shades of meaning.

“You don’t have to not see,” Ringgold says. “You can see and accept and love and allow. It’s okay. It’s okay. The more you look, the more real everybody becomes, and it’s okay.”

That’s one of the many messages in the comprehensive survey “American People, Black Light: Faith Ringgold’s Paintings of the 1960s,” opening June 21 at the National Museum of Women in the Arts. They are paintings of a nation convulsing from civil rights and feminist ideals. They are the faces and bodies of people going through massive social change during a time when the abstract traditions of Pollock and De Kooning held sway, and minimalism and pop art — cubes and commercial imagery — were ascending. It is a message that has come back around, though it’s taken decades.

The 49-piece exhibition unfolds chronologically, taking up eight galleries and provoking visitors with paintings of enormous size, arresting intimacy and unsettling intensity. They are marked by large, emoting eyes, her signature U-shaped line descending from the eyebrows around the nose, and “high-keyed” blues, reds, and greens, colors that dominate not with brightness, but with depth. It is a style she calls super-realism — one that demands that viewers engage.